My Tweets
Join 186 other subscribers
Follow FASHIONEEKA. on WordPress.com 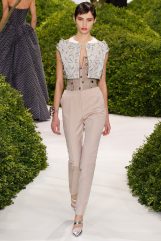 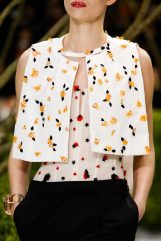 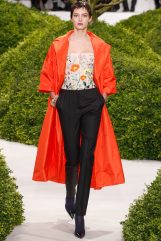 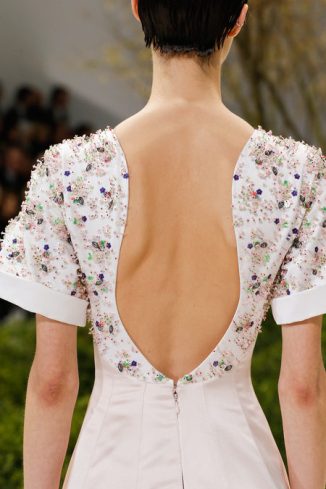 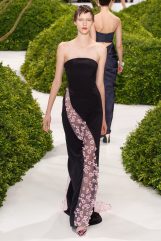 It’s been a whole season since my last post and coincidentally I decided to return with another Dior Haute Couture review, the second of Raf Simon’s continuously impeccable designs for the house  (I’ve literally watched it multiple times and cannot stop thinking about it!). True to the spirit of Mr Dior himself, who actually named his first collection “La Ligne Corolle” after a flower’s inner petals, Raf was inspired by Dior’s love of the countryside, the gardens he would escape to and the flowers he grew there. Reading through Dior’s biography evoking these images, Simons said there was “such purity in that story“, and used these in his spring collection, the traditional metaphor for re-birth.

In line with what Alexandra Schulman of British Vogue described as a “very beautiful, modern and relevant take on couture” you could see Simons evolving from the archives he delved into last season, yet without straying too far from the traditions of the house itself — the peplums, jacket shapes, crops, and voluminous skirts were all present & accounted for. In fact, Simons talked about wanting to “let go” from the archival approach he took in the autumn/winter collection; this is seen in the asymmetry and clear aspects of déconstrué within the outfits. The flowers embroidered upon the looks were the kind used by Dior himself, yet Simons took them a step further with special effects of almost invisible beading, neon-pop colours and a cocoon of appliquéd blooms, something Tim Blanks described as “utterly intense about the couture handiwork that it can still the noise in a room” — which i’m sure it did.

Moving on to the show itself, the fashion season was “literalised” with Simons’ evolution from the sky blue shades of early spring evenings and dark grey night skies (seen in the opening ball gowns and pant suits) to a full on celebration of the coming season (seen in the bright colours and spring bridal-wear at the end). The growth of spring and actual bloom of the flowers could be seen in every outfit, each even more beautiful and brighter than the last. It wouldn’t be a Raf for Dior couture show without his signature bustiers & cigarette pants, and the every voluminous skirts with pockets. There were also exciting unconventional colour combinations of yellow, rose-pink, black satin, mint, and neon orange – which all seemed to compliment each other in the right ways and pop perfectly.

I couldn’t help but fall in love with the amount of detail in the embroidery: the 3-D effect flowers on the evening gowns and bold additions to the bustiers, dressing up the cigarette pants they were paired with, evoking textures and utter luxury. My absolute favourite looks included pretty much every gilet/bustier/trouser/skirt combination which, Simons evidently decided to layer upon one another – showcasing his ingenious architectural skill. The bright tangerine coloured coat paired with black trousers and a white floral bustier, and that baby pink peplum with almost invisible spaghetti straps — I could just dream about them all day. The two bubble dresses at the end were effortlessly beautiful and I would loooove to see Marion Cotillard walk down the Oscar red carpet this season wearing one of them, looking effortlessly chic as always.

I can’t fail to mention the hair and makeup as well: Pat McGrath’s sequinned red lips – reminiscent of Dorothy’s red slippers in Oz – and Guido Palau’s pixie crop wigs, inspired by one of Mr Dior’s favourite models, completed the overall look of the collection and added a sense of glamour, youth, and even more femininity (as if you could add anymore amongst the blooms!).

It’s always hard to follow up the initial public offering of divine couture designs, especially with the amount of accolade he received with his first couture collection (as well as his RTW.. i’m already counting down to his next collection this coming March!), but with this showcase he really is building on what he presented before. He’s keeping true to what he loves, with the exquisite tailoring, creativity and feminine beauty that couldn’t possibly be lost in a collection such as this, and yet seems to keep pushing the boundaries, exploring every permutation possible.

A collection of  “a woman who dares to be different…” – words from the designer himself.